¡Vamos a ponerte a prueba!

We want you to have a good time, and for you to give your abilities a go, which is why we
are preparing competitions of all types where you can have fun, win prizes and show us
what you are capable of. Everybody, from the oldest to the youngest, can take part and win.

The Factions Cup is the common thread behind all these activities. We are getting togetherto have a good time and to compete healthily at everything we have prepared, but what better way to do it than under a banner and with hundreds of people cheering for the same goal, to win the cup.

coordinates) which will determine which faction each participant belongs to. Once you have signed up and chosen your space in the LAN, your username will automatically be assigned to a faction for the whole event, in the timetables to be determined. 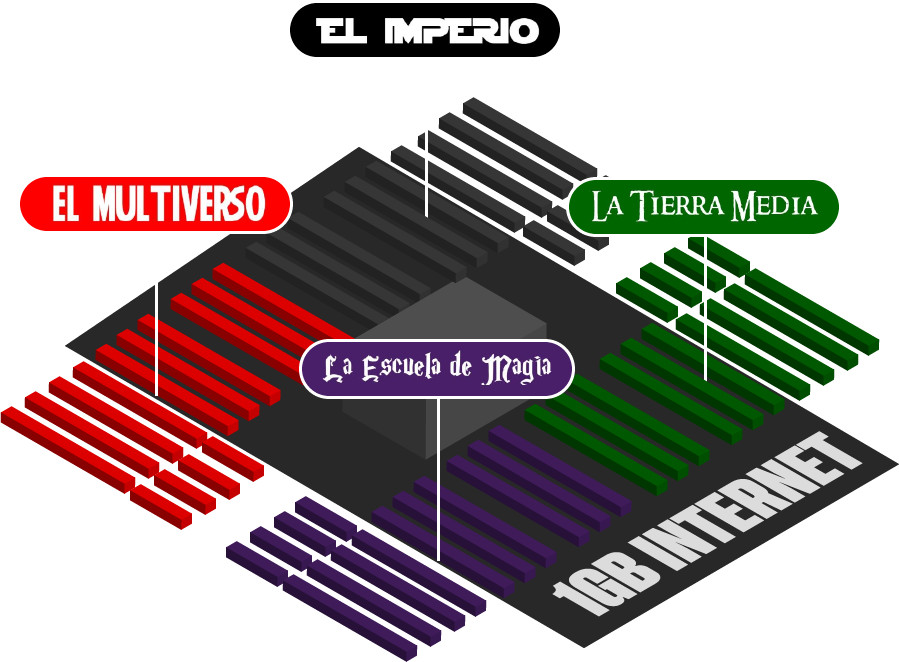 The factions are: Imperial, Middle Earth, the Multiverse and the Magic School.
All points scored in the event’s competitions, tournaments and activities go towards the Faction Cup.
Every faction will have their own cheerleaders to create a healthy rivalry and promote participation in all the activities.
The Throne

Competition in a television format which will pit the best from each faction against each other. These will be selected using the discord trivial and will represent their respective factions.

This year we are going to crown the ‘freakiest’ King and Queen of the event, we will select rivals from each faction using Discord trivial and we will hold a competition in a television format like “Give me the money” (watch out Ibai we’re on our way..) on the stage where the 4 factions will compete at the same time.

The winners of this competition get the first tickets for the following event, we are sure they will want to defend their crown…

The same format as “The Throne” but in the kids version, for the under 12s, the subjects will be adapted, in fact, they have been so well adapted, that anyone older would probably lose.

Children will be chosen throughout the event to represent the factions and compete before the main event as a warm up. We also want these winners to come to the following edition as guests to defend their crowns.

We have all played Trivial Pursuit and we have prepared several rounds of questions on different subjects to play in those downtimes while you are taking a step back from a game and whilst you painlessly download Fortnite using LAN’s own Discord server.

The kids version of trivial uses the same format as the adult version but with subjects
adapted for them.

They will get the same when completing it, gifts, points for their faction and the possibility of representing their faction in “The Throne Kids”.

With AI moving so fast, we wanted to involve you and hold a design contest with Dall-e as the artist.

It’s very easy, you will be given various attempts at designing which must be original, we must not be able to find the description we give to AI on any search engine and a jury will be in charge of evaluating the best.

Even a child can create a great work of art, we give a free rein to their creativity with this fun- filled design competition for kids in which the children can play with AI to create whatever pops into their heads.

A jury will give a prize to LAN’s most artistic child.

Show how fast you are on the buzzer and get through the elimination rounds to become the fastest at the party in this fun and hectic light race.